For a certain fanfic. A first draft. 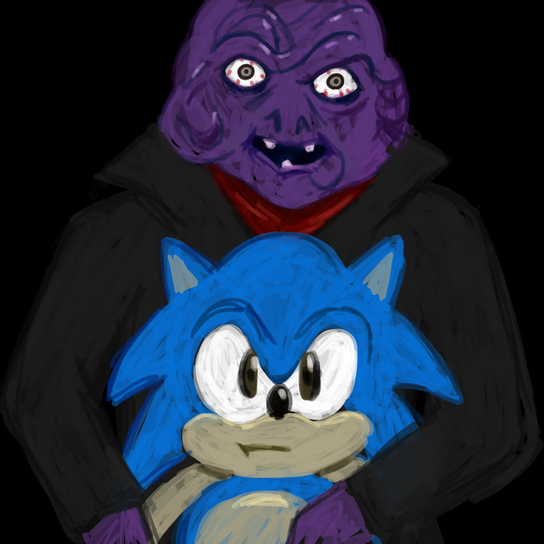 Despite only appearing in one episode (Season 1 Episode 9, "Boca") and one scene, Clarence is one of my favorite characters from HBO's hit show The Sopranos. Played by Tony Sirico, who is better known for playing short-fused gangster Paulie on the same show, Clarence gave Tony a chance to show off his incredible acting range. Clarence is a kind and mild-mannered white man who only wishes to spread gifts and cheer- he famously delivers a 50-inch television to a man's house for the sheer thrill of it. When he introduces himself by saying "My name is Clarence," we can feel his warmth and affection for his fellow man. Truly an inspiring and enduring character. 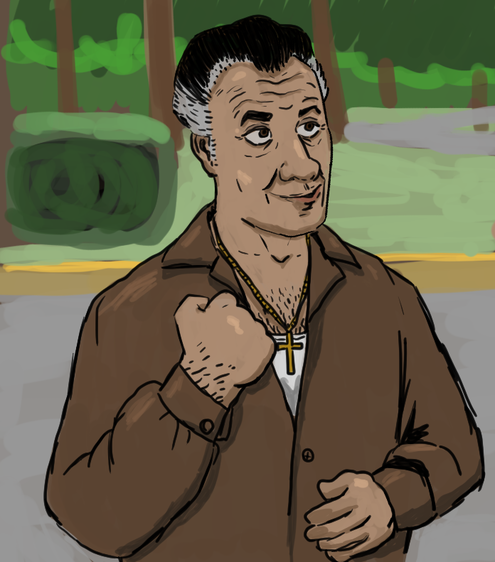 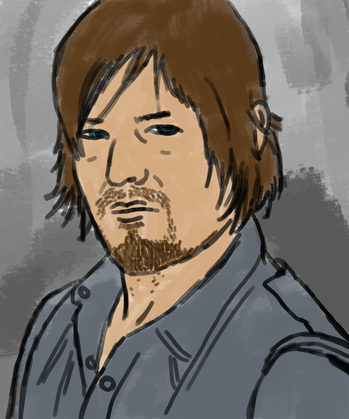 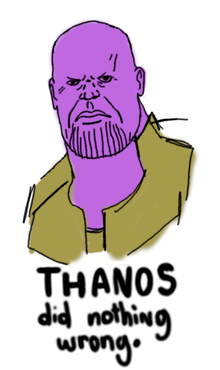 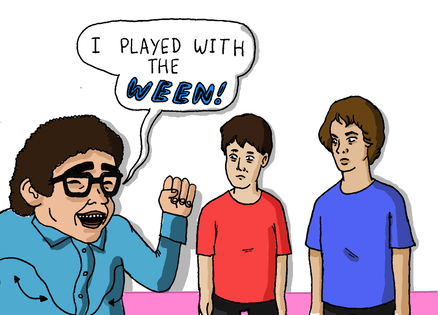 Simon from The Walking Dead

As portrayed by Steven Ogg. 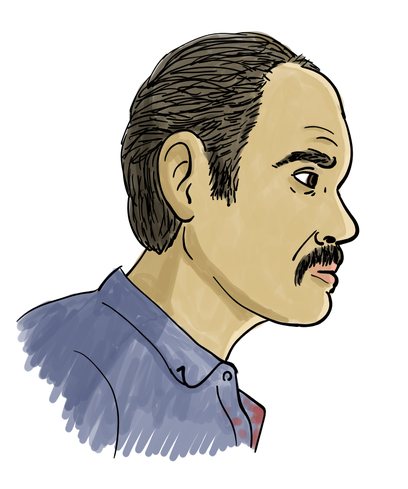 Rachel Amber from Life is Strange

Can't wait for Episode 2 of Before the Storm. No spoilers here but it's always nice when a prequel impresses you. Much like Better Call Saul. BTS and BCS are great. 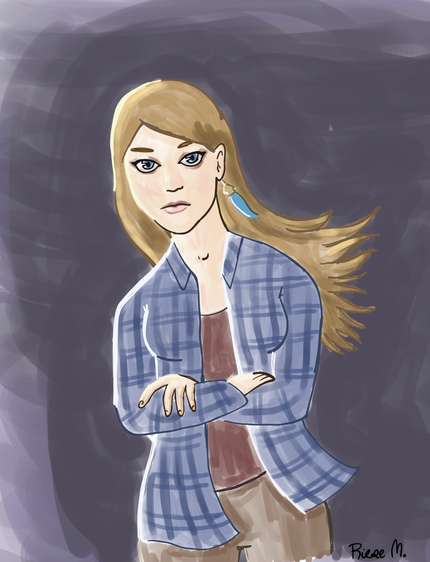 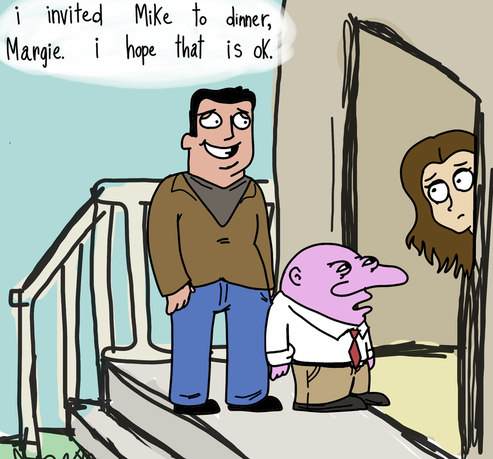 And this one's for Don't Get 2 Close 2 My Fanzine #3, not as of yet released. Based on THIS

Boognish is a fan 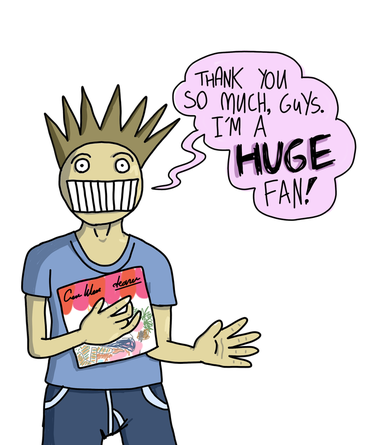 The original line-up (no Bruce Johnston, sorry Bruce fans)
I made Carl cute and gave him chubby cheeks because he's my favorite. 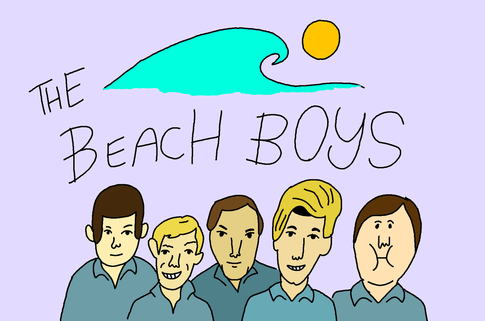 I've been watchin' the new Tonight Shows, I think they're reeeeal
good. Keep it up Fallon! 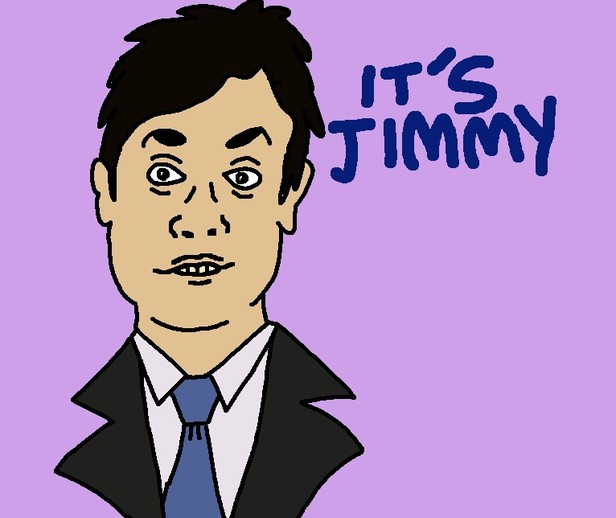 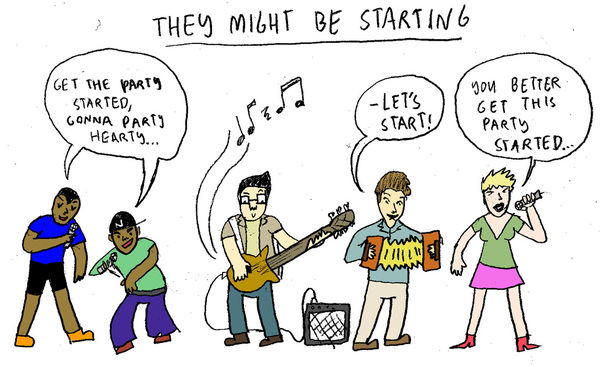 Don't Get Lost In Heaven

Definitely my best fan art ever, possibly my best art ever.
Done for this contest on reddit. Fingers crossed that I'll win, cuz if I do I get one of their albums for my collection!
EDIT: Changed title (based off advice from scyp10)
UPDATE: Did not win, lost to someone who had photoshop. Their cover was just 2D, so... I'm not gonna say I put in more effort, but... 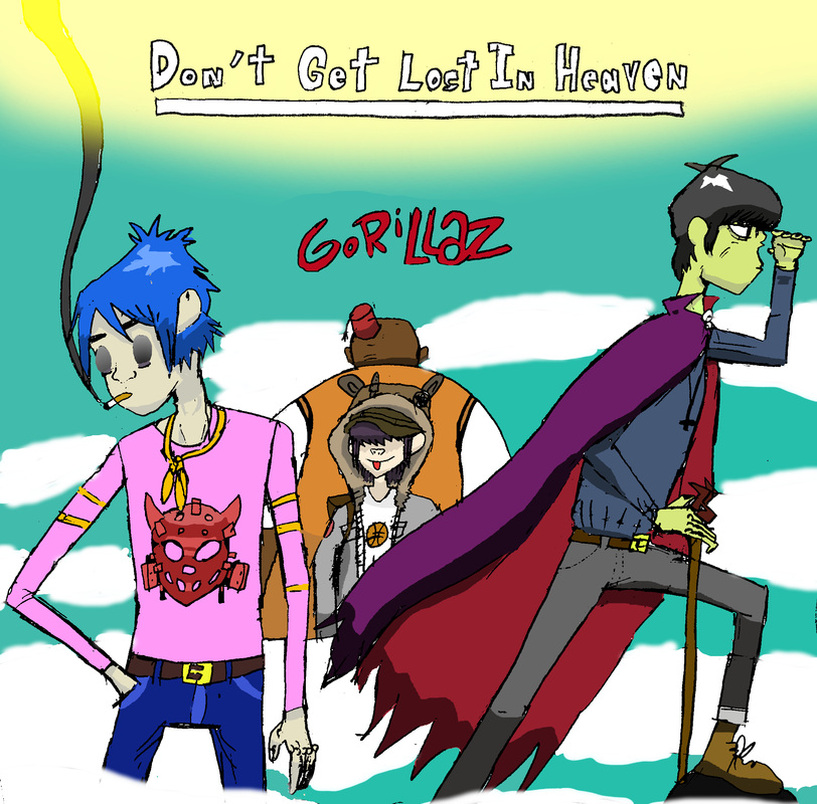 While I watch South Park I doodle little things on ms paint, and sometimes they are copyrighted characters!
Anyways here they are, and remember- if you sue me, I will cry!
Hint: Click on the pics for bonus! 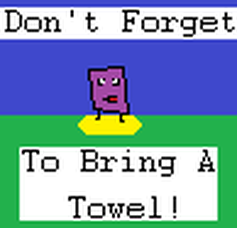 Some south park fanart. Apparently Towelie is Matt and Trey's dig at their own commercialism in the series. Wow! I don't care, guys! Towelie is friggin' awesome! 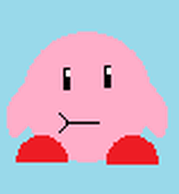 This is some really obscure fanart I drew, you probably never even heard of the character... wait a minute! I already did this joke! Fine- it's Kirby. It's f***ing Kirby. Happy now? 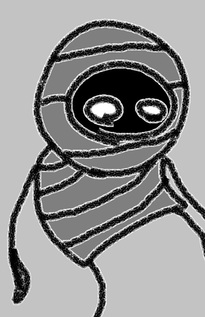 From Homestuck, it's the Vagabond! 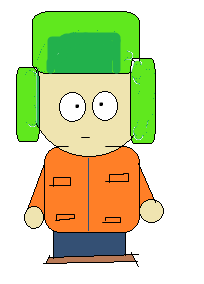 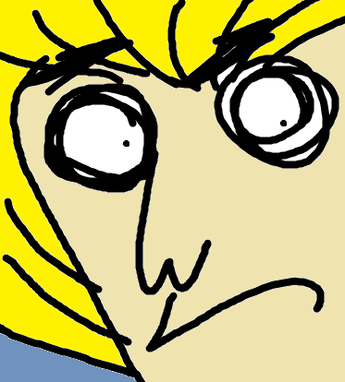 Mickey the Dick from Wacky Game Jokes For Kids (its on Newgrounds) Gotta love that series. Shame it's over. 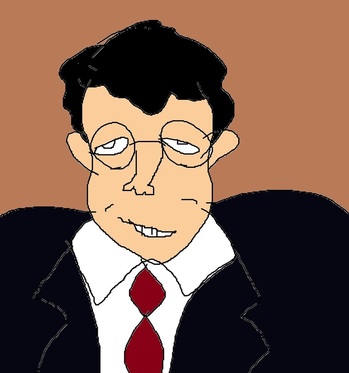 This is either a young Penn Jillette or a young David Letterman. Or both, let's go with that. Hold on a second, I'm gonna search YouTube to see if Penn was ever on Letterman. 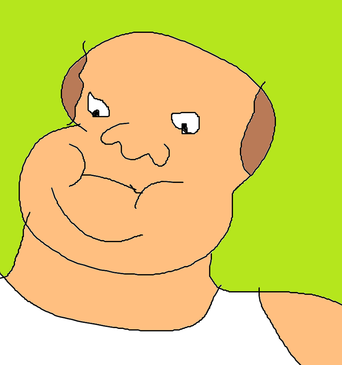 Of course, it's Bill from King of the Hill. This guy needs to get his act together, man.

These Pokemon aren't fat. They're just big-boned. Hmm.... nothing else to be said, really... I made this in Science... I'll be updating tons over the summer! 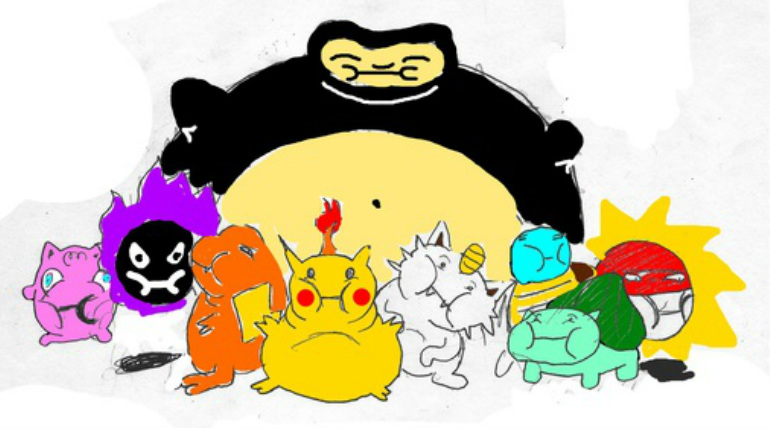 Hmm... funny... first Gorillaz, now the man behind them... and both with MS Paint, of course! Damon's a cool guy, and a major figure of the UK Popscene, as evidenced by his 1989 ad campaign, shown here. And... um.... I was the guy... that did the "effets speciaux" for that... (Egoist Pro Tip: Using french words makes you feel superior to people who don't use french words!)
So... er... without further ado... GAZE UPON THE GLORY OF DAMON! AL! BAAAAAARN!!!! 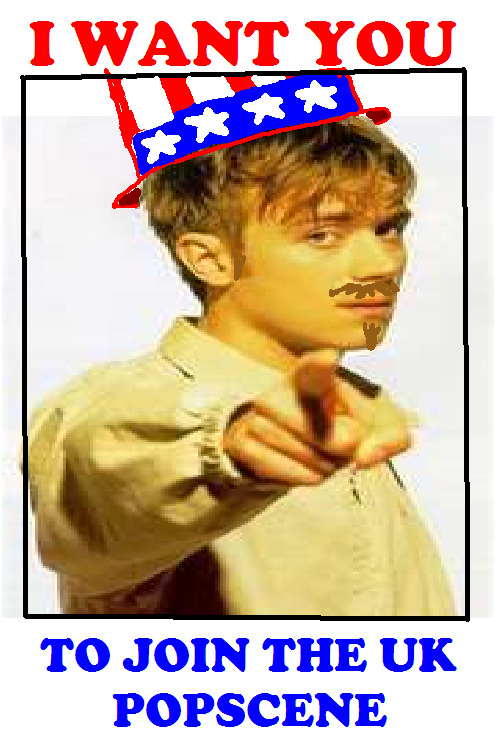 I've always been a fan of Gorillaz, so I made this homage to them, with my own signature twist! Before you say anything, I did not actually smoke a cigarette to pose for the shot in the upper right. Its just some paper. Basically, this was a chance to stretch the limits of my limited wardrobe to try to look like these awesome characters. 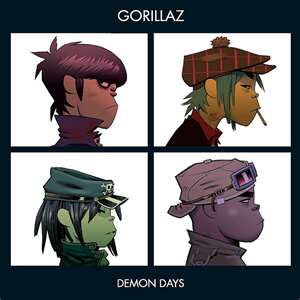 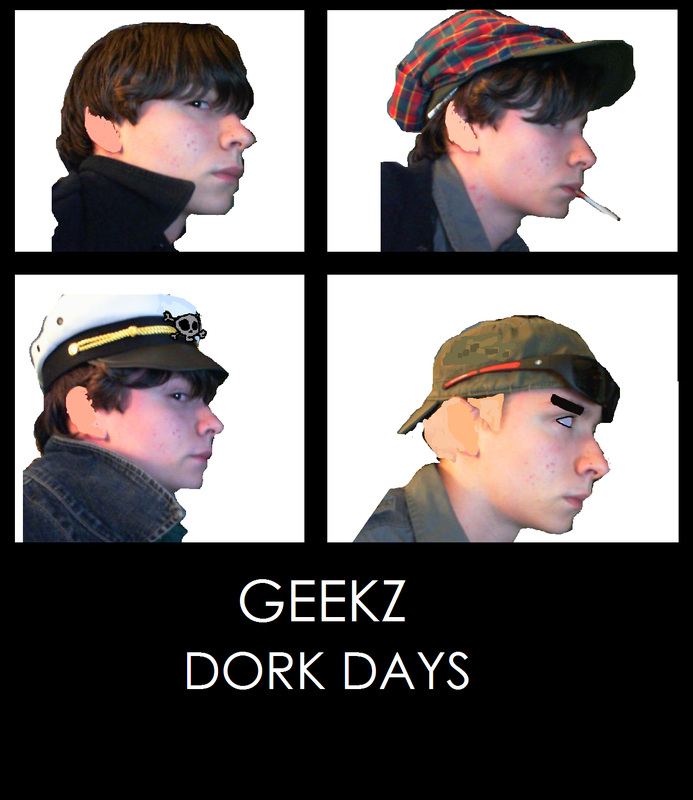