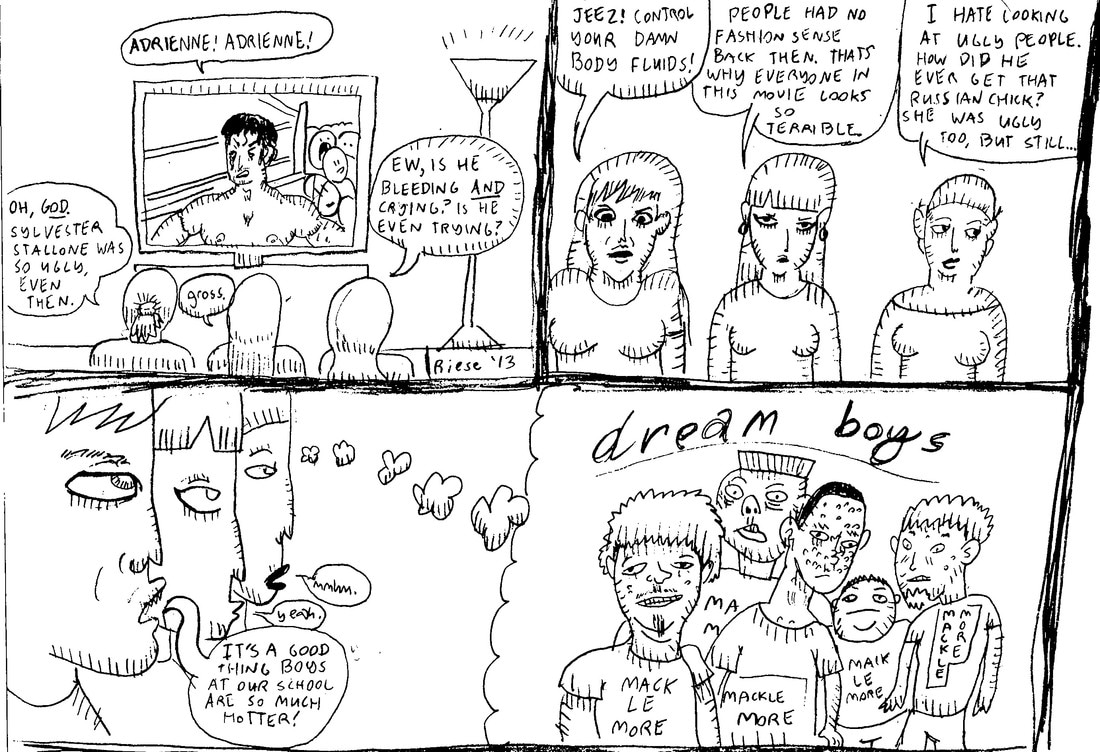 Fat Guy of the Past 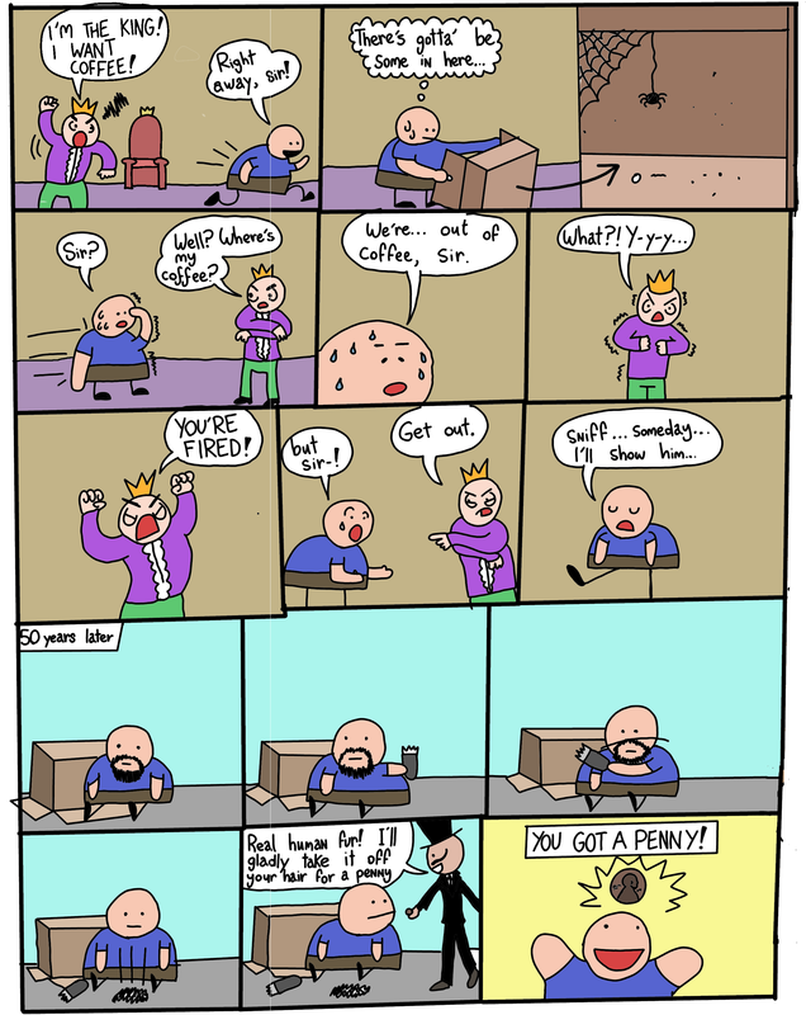 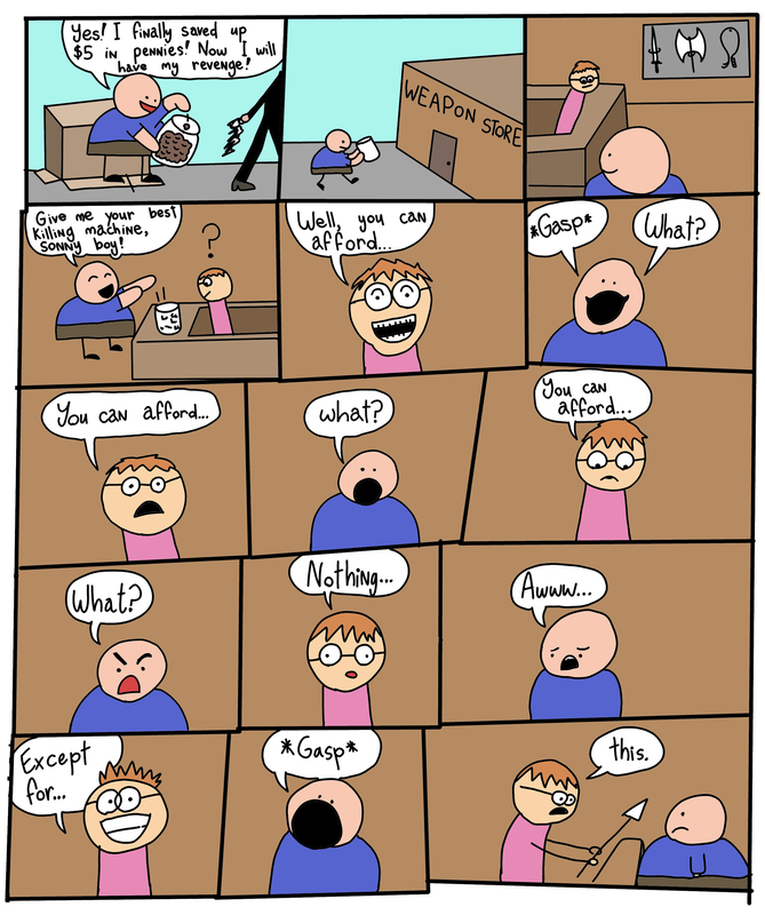 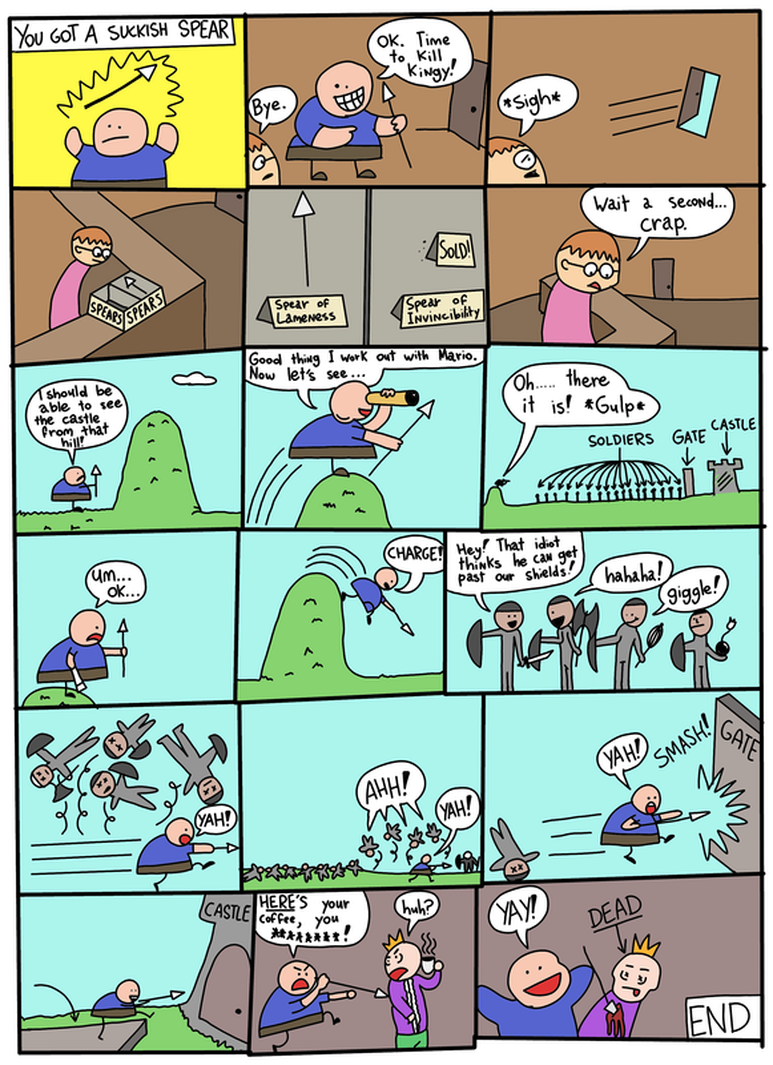 Gonna do a little 4-strip run in this section, but if people seem to like it I'll draw some more.
Packerman was a minor character in the original Egbert strips from "Free Block Funnies", so count this as an Egbert spinoff. 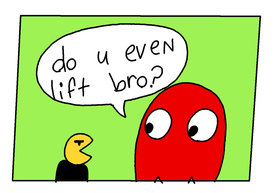 A comic about how relaxing it is to not be you and just be someone terrible.

A comic about parody. This probably seems pretty hypocritical, but what I make spans the length of parody and tribute.
It also IS pretty self-deprecating, because parody really is easier in many ways.

These here are some REALLY old comics that inspired the "Sporty Comic" shown below (scroll down... more...)
I'm gonna add a new one every day till there's no more (should take about five days)
These approach the sum total of my basketball knowledge/how little I give a shit about SPORTS
with a whole lotta humor. Don't take it too seriously if you're into that sorta thing. 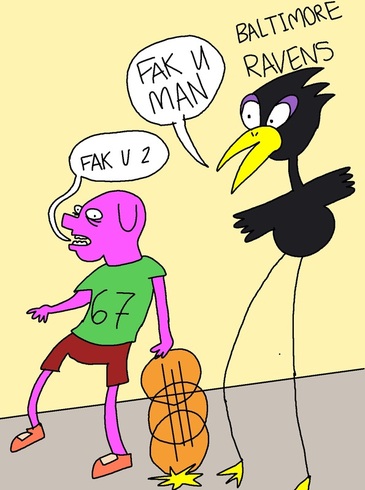 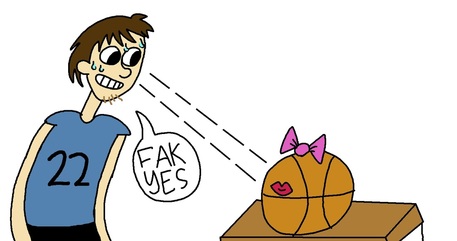 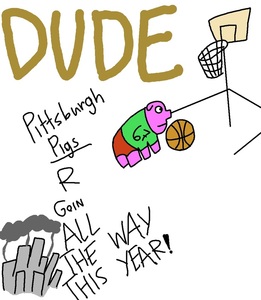 Several comics I made when I was making lots of points, mostly that the majority of
things I was observing sucked. I like this style of writing though, I like being angry on the Internet. 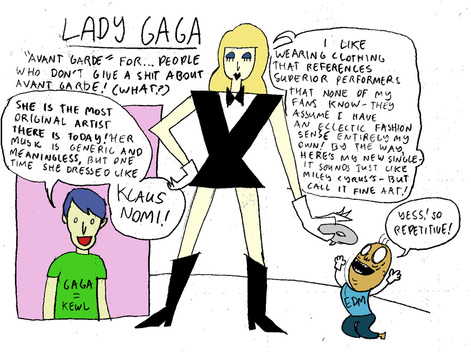 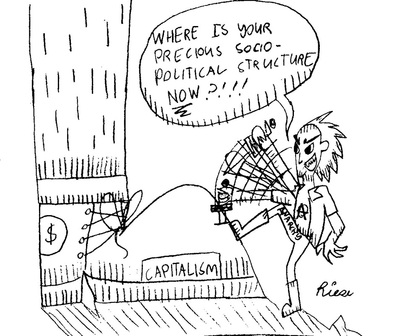 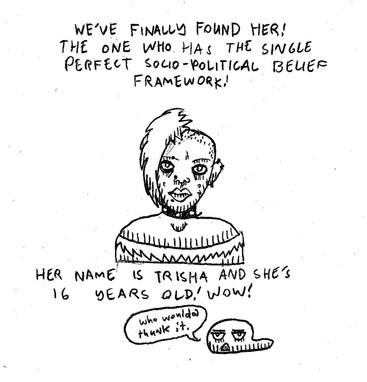 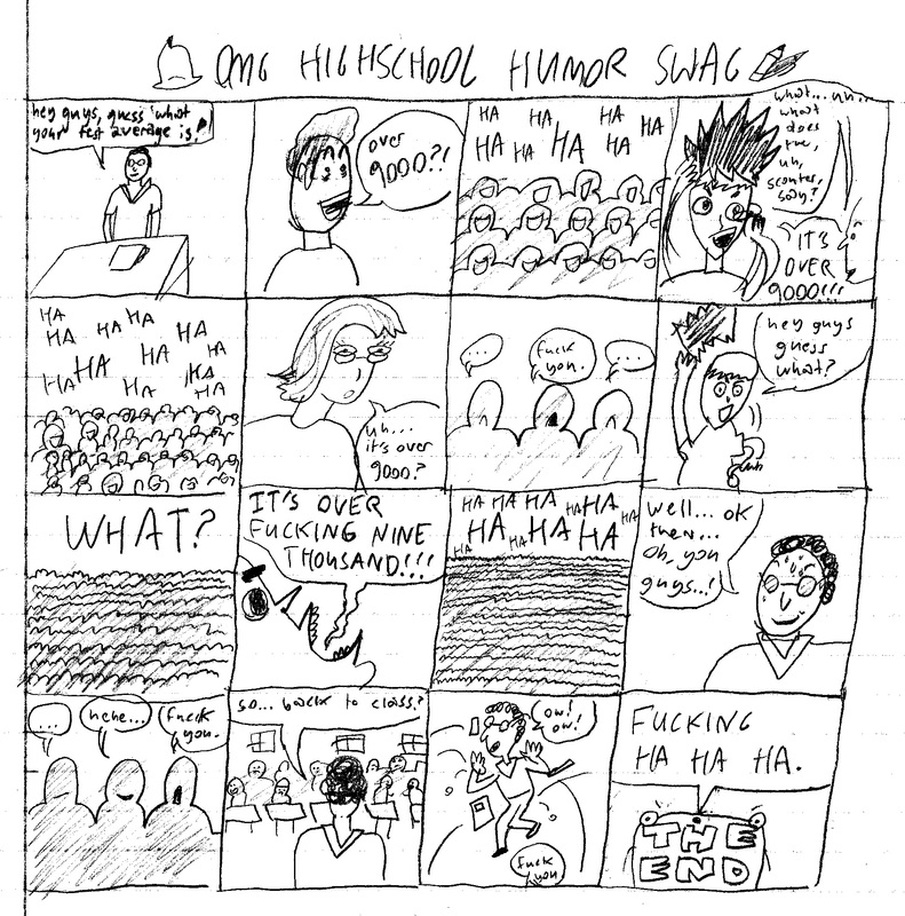 A comic for the sports fans out there, who know a lot more than me about sports! Until yesterday, I thought the Baltimore Ravens were the best in the league! Then I learned there not even in the league! Also, this comic isn't really funny... Dunno why, but dats what my mom said... 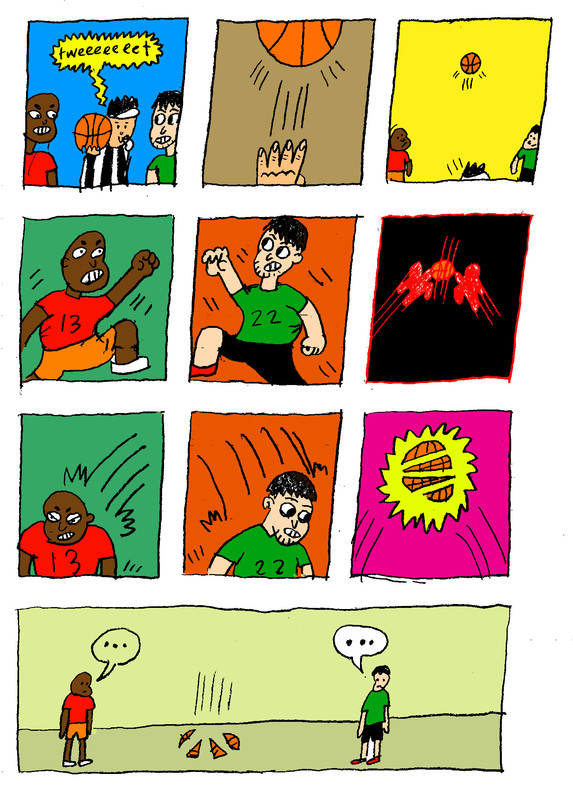 Something About A Duck

A good comic for the duck-lover in your family! 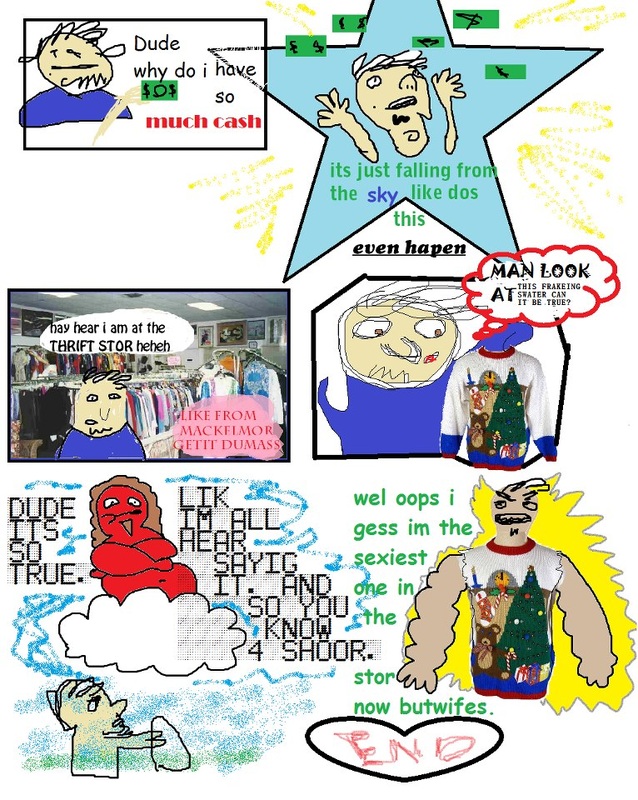 What's your favorite Pokyman? Mine's Porkachu! Anyhoo, Gots a Pokemon-style comic fer ya today.
I just bought some fancy-pants pens, with which I did this here fancy-pants shading.
Did this doodle in class, put in some font and colors, there ya go. Looks good. Maybe. 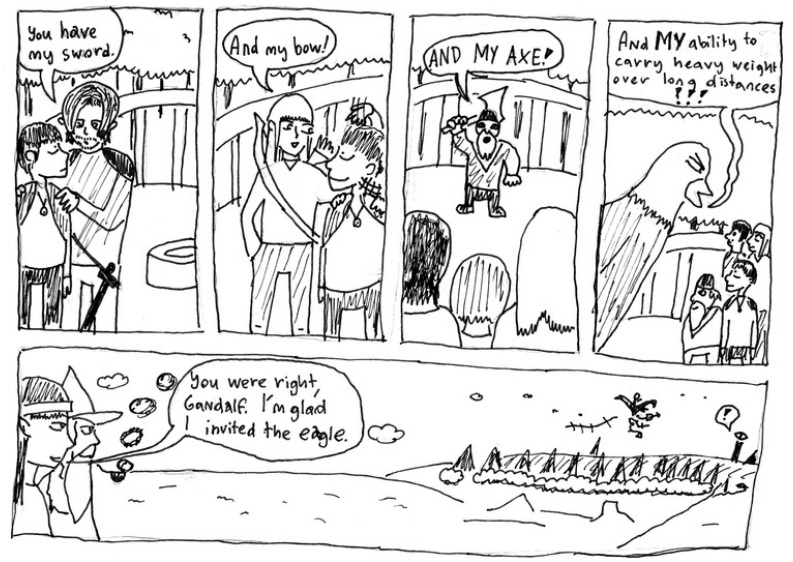 Hey, guys! I'm back! I know it's been a while, what with finals and all... really the fact that I'm uploading this now is quite remarkable! Anyway, here's a comic I drew in math class that I colored and changed the font of, for your enjoyment. It's kind of weird to have a comic with an actual message, but... Hey, it's still funny! Enjoy! 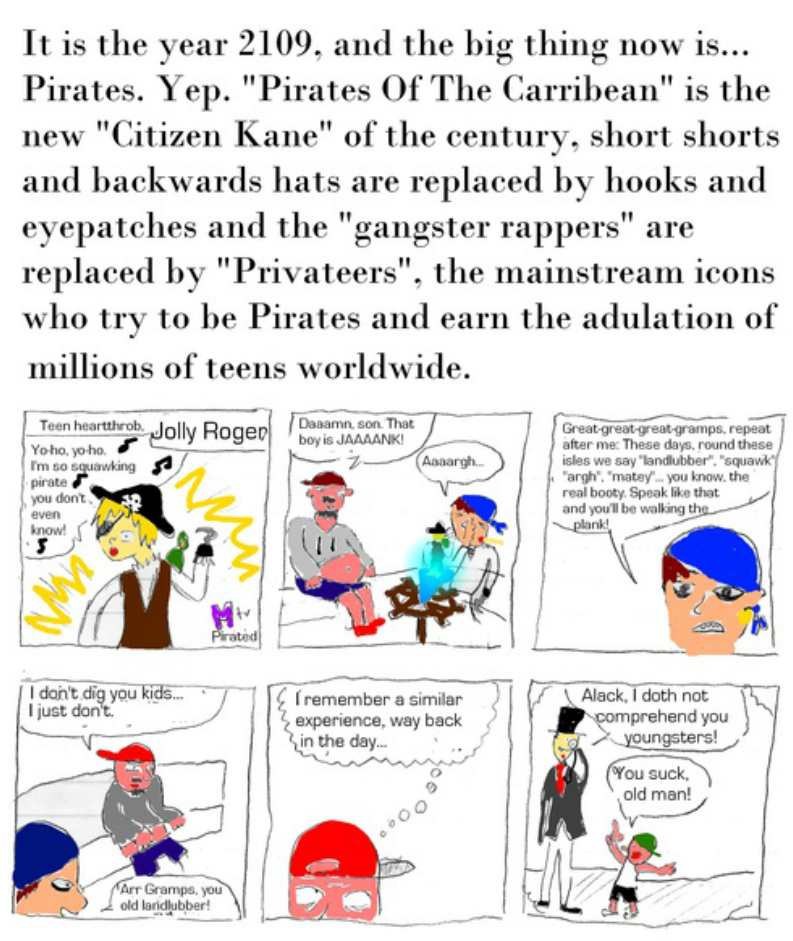 Herp derp! I am now obsessed with saying "Herp Derp!" and now its intruding into my cyberspace doings as well. What a travesty! Speaking of travesties, I mean erm... uh yeah this is a comic called Teh Anonymous Funnies that I collaborated on with the guy who sits next to me in my Algebra class. It... um... may not be on the same level as some of my other stuff but its still, um, good! YAY! GET EXCITED!!!!

I need to get out more. 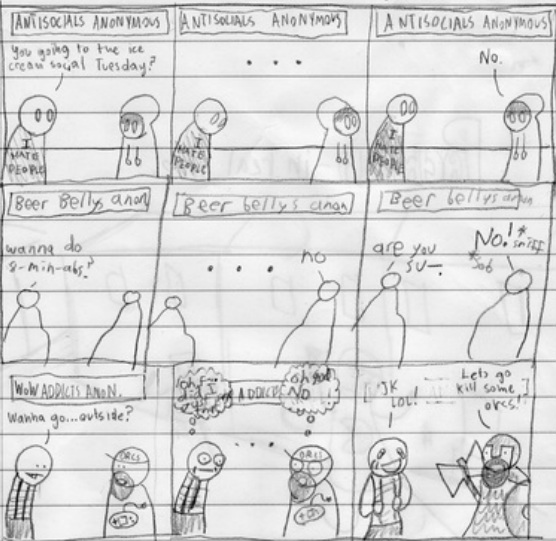 Billy The Squirrel Volume I

This is a little number that my friend, Ben Smith, wrote. he happens to be in my band, Heat Death, as well. We made it for the school newspaper, which it will hopefully be featured in... but I thought I'd put it up here for your enjoyment. And get this: I'm actually REQUIRED to make six of these a year. And even though I might not do 'em next year, there will definitely be at least six of these this school year, besides the other comics I do. Chesspiece out. 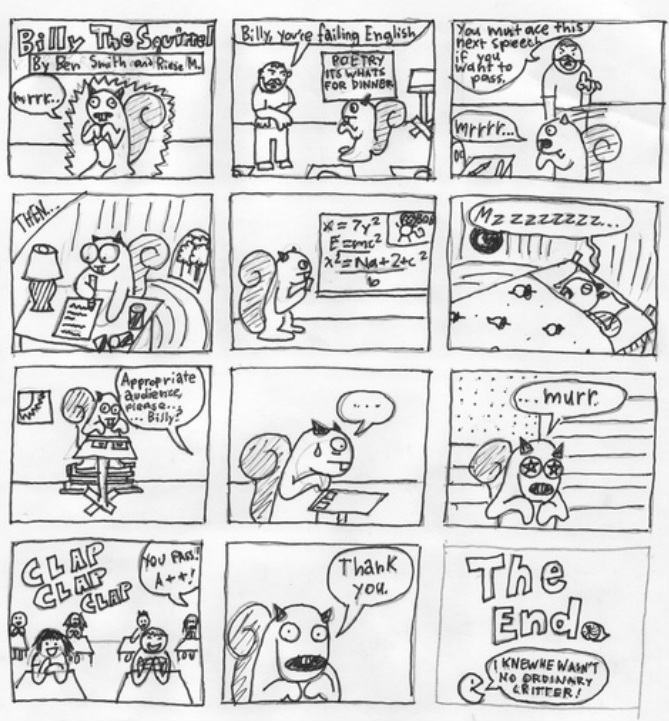