From the cartoon I'm working on now. 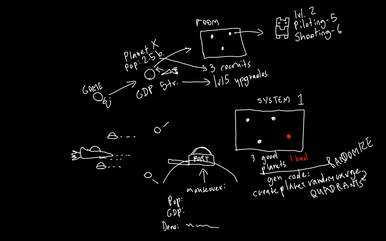 All this is from my drawception
​It's a simple game where you draw a prompt, I've written my prompts below each drawing.

The middle one isn't actually new, I think it's on the cover of one of my albums. The other two are new though, on the left one especially I experimented with a more cubic style, even with the 3-tone shading. // The one on the right is supposed to be sh0enice from youtube I think. I'm adding this to the post much later.

Occasionally I'll make some pixel art, either in Paint or in GIMP. I didn't want to make another section for it since I already have 5 art sections, so I'll dump 'em here. There's other stuff I've made for games, but this is all stand-alone art.

Did you know? Dinos had feathers! 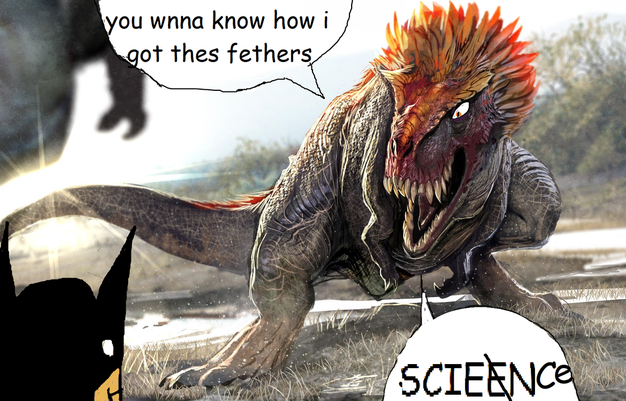 I drew the Beach Boys 5 times. Minus Bruce Johnston, of course. 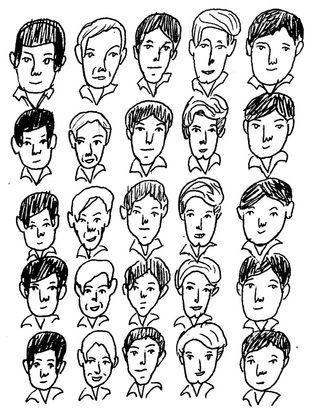 A girl in my class who I don't know the name of.
She is a much better artist than me.
That's all I know about her.
I know all this will point you towards believing that I'm smitten with her, but... well, you're going to romanticize this no matter what I say, so
SURE!!1!
It's very sexy, isn't it? Two artists drawing each other? It's like Titanic but the cycle never ends. 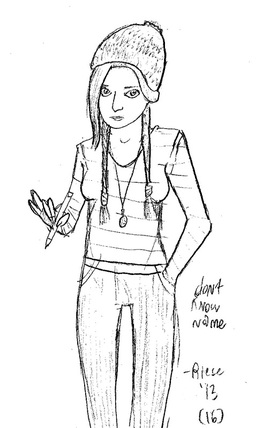 The Method (Behind The Madness)

For today's Filler, I am going to treat you guys to the method I used for creating one of my new drawings.
First I take a picture of something I drew (very poor quality of course) 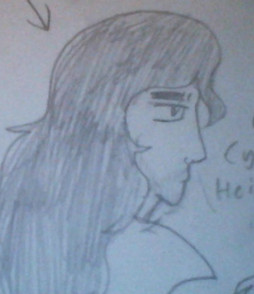 Then I get a nice picture, edit it, and put it in the back layer.
I make a new transparent layer, and with the photo as a guide, I draw my outline. 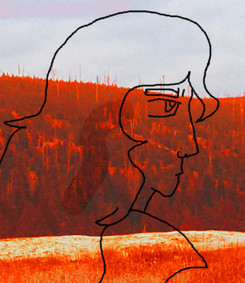 Then I make yet another layer and color the image as desired. Here's the colors by themselves: 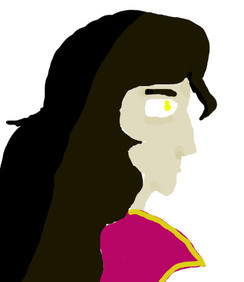 Here's a storyboard I drew for a little movie me and my friends have to make for a class.
It's the heartwarming tale of a man with cancer during the zombie apocalypse who has to
attack a man with a banana to afford chemo. Then his brother gets eaten by a zombie. 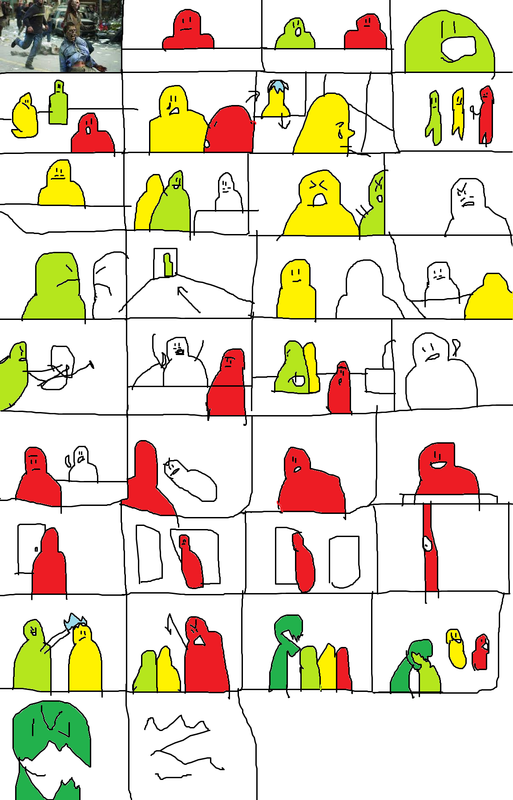 Let me tell you about Homestuck...

Making things on Ms Paint with no regard to quality is just... very freeing. It's like meditation. And so, I do it a lot.
I've got a ton of pictures I made just laying around. Might just send 'em your way someday. 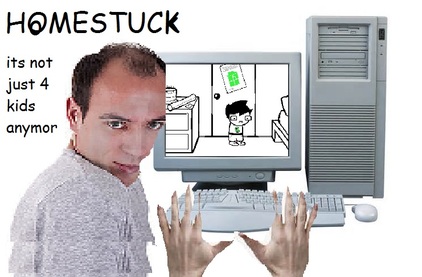 I am known to engage in the occasional creation of an ironically terrible piece of art through the medium of MS Paint from time to time.
I hope you enjoy these pieces that I have to offer. 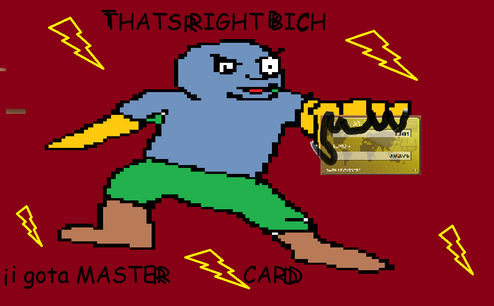 When you have a master card, then you might be this cool. 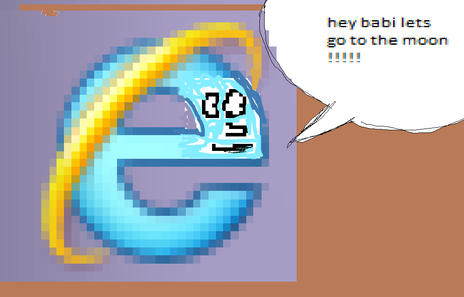 Here we can see how IE really lets you explore anywhere, even the moon. 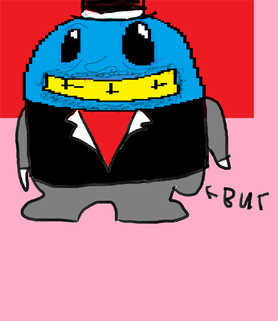 This guy has a nice butt. 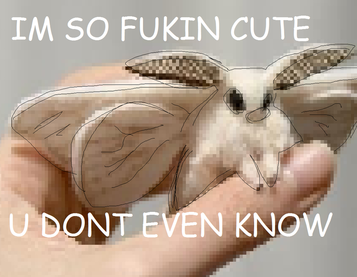 I saw this damn cute moth this one time. It's cute and I like it. 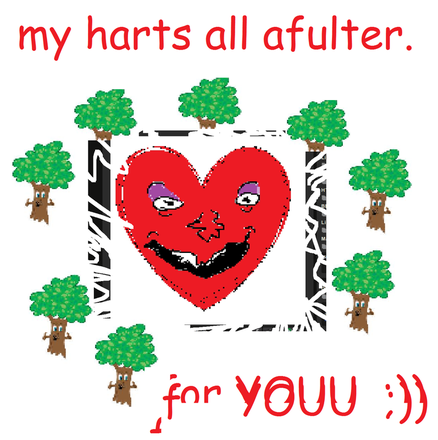 You are free to use this as a valentine to your crushy-wush.

Got some glitch art to display for you today. These are screenshots of all that good glitchiness that happens when you edit out the keyframes in a highly compressed MPEG (transferred to AVI of course) with 0 accompanying B-frames. This creates an effect where only the moving elements of the second source are shown, which produces the "glitchy effect" seen here. Really, you can look it up. 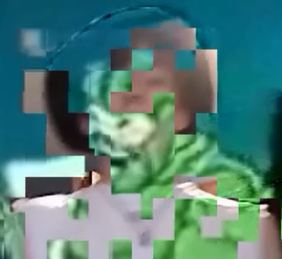 Sources: Picture of myself, 60's Spiderman 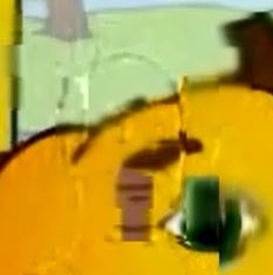 The longing of Bill (Sources: King Of The Hill, Hungry Pumkin) 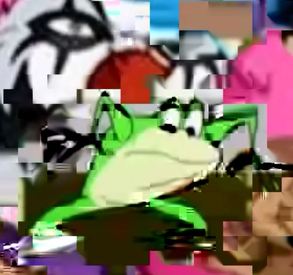 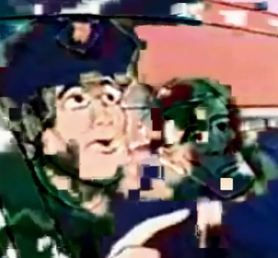 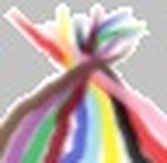 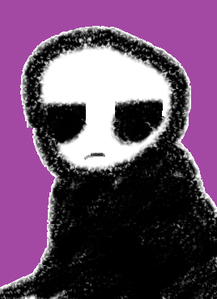 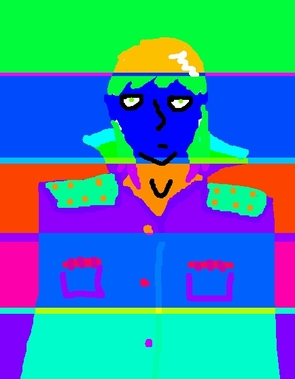 Wow, so creepy.
Unfortunately I'm having trouble downloading Paint.NET on my new laptop, so for now I'm just using regular ol' Paint. It's not MS paint though, which is sad
because I actually like MS paint more than the new version. Oh well. here you are. 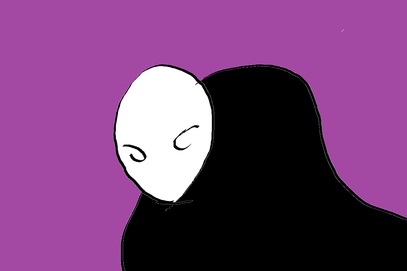 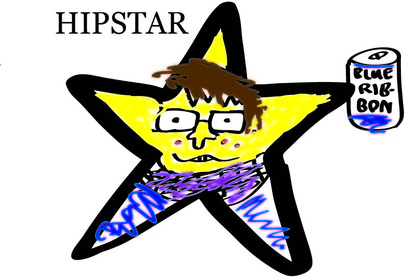 Made a guy real quick this week. Name's Art'uin. You could conceivably use him as a profile picture, due to his square dimensions.
Art'uin is an adept mage, just so you know. He knows this one spell called "Magic Prism" that's all like... you get stuck in a prism.
I mean seriously, guys. A MAGIC PRISM. How cool is that? 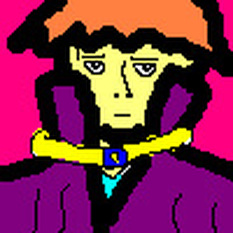 Way back when I tried to make an RPG. Well, I've tried to make several RPGs actually, but this one was going to be text-based, with pictures
for characters and stuff. The RPG didn't pan out, but here are some pictures I drew for it. 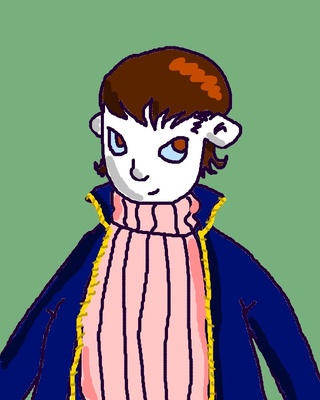 I actually quite like this fellow. His name is Byron. He was going to be a helpful NPC who would tell you how to beat the boss. 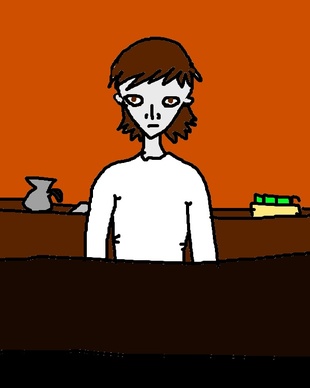 This man just looks weird. His name is Damascus. He owns a shop that sells coffee and tea. 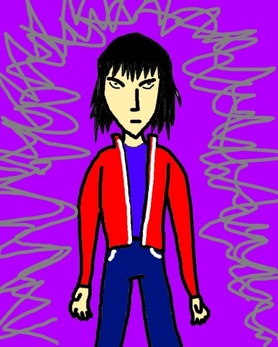 This was going to be the main character, if you were male. 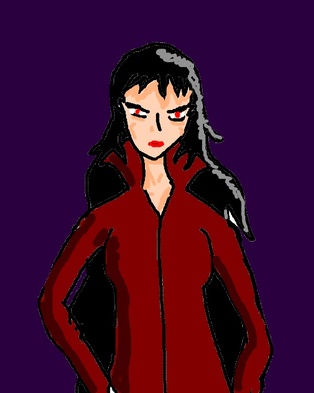 This was going to be the main character, if you were female.

You guys all know good old MetalFace, right? Good. Now, here's a little tribute to him. 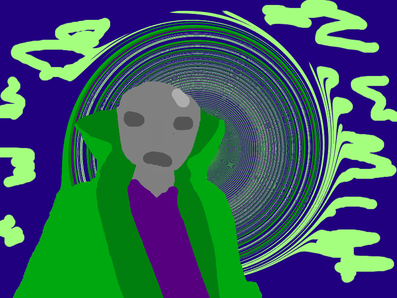 The majority of fillers are made while I watch YouTube. This is no exception. 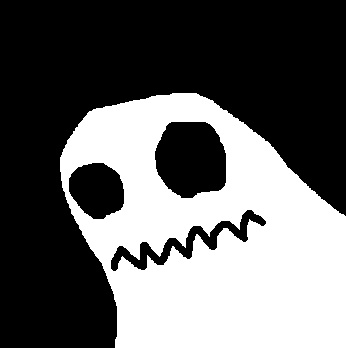