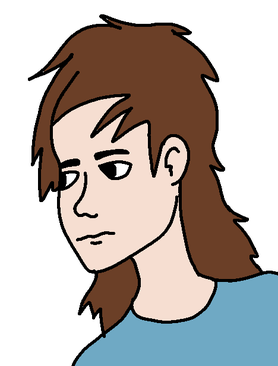 Smug guy with purple hair, just like that guy from Jem! 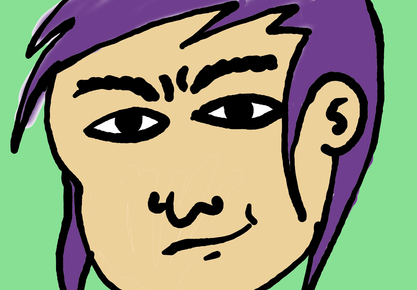 In this one I use lots of hues. Huuuuues... 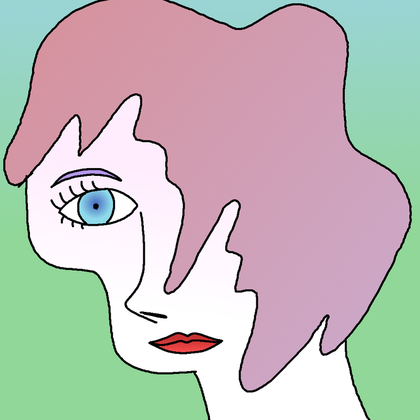 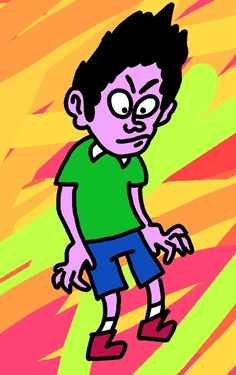 The first self portrait I've uploaded to this site.
This is a great image to hang above your bed so that I can always watch over you (>_<) 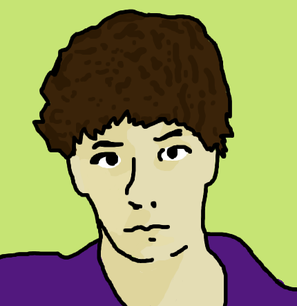 The computers at my new school have some weird art program on them. Enjoy. 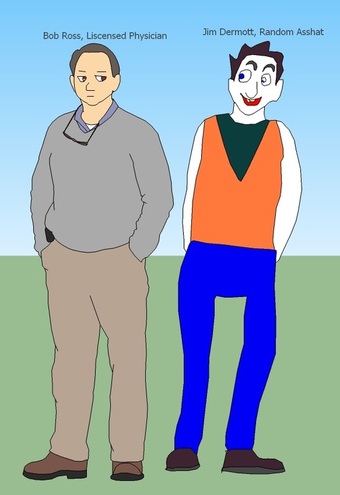 His names Calico. Basically a test for some new paint techniques I'm trying for shading.
Treat him well. 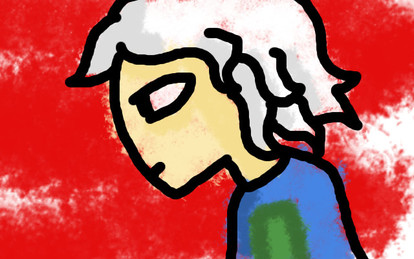 Sometimes I'm at a loss for how to explain whatever thing I drew. I guess you can read this as a take on Andy Warhol or Gorillaz or something like that, but honestly it didn't really evolve from either of those things, despite how much inspiration they lended. I also understand that this is practically bad enough to be filler if it were drawn on MS Paint, so there's no real need to explain it. Anyways, here you are: 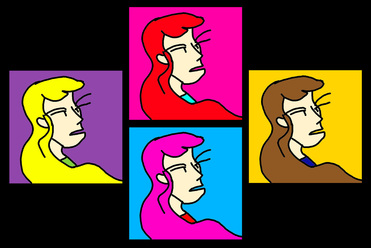 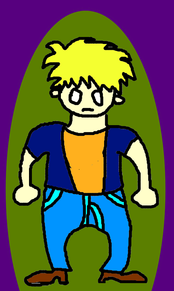 A Representation Of Mankind's propensity for using non-trademarked fictional products

Yup... I'm pretty sure this makes me the next Warhol. Pretty darn sure, everybody. 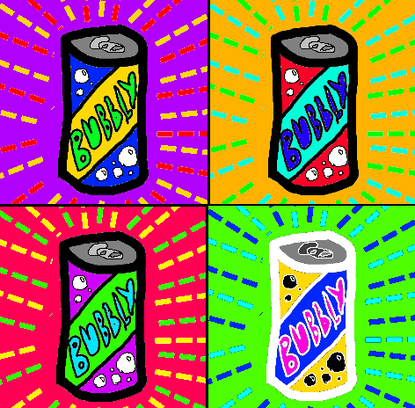 Yes, it's not the method you're used to, but it's kinda neat. Enjoy! 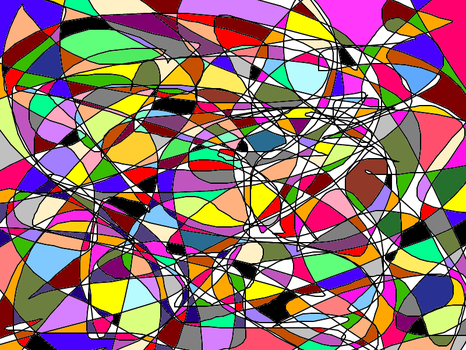 The Radiance Of Theo 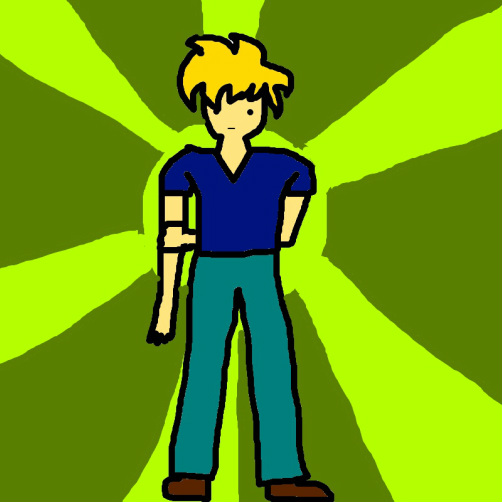 Oh, that little rascal! Slacking off in an unspecified city while it is implied that school is in session! 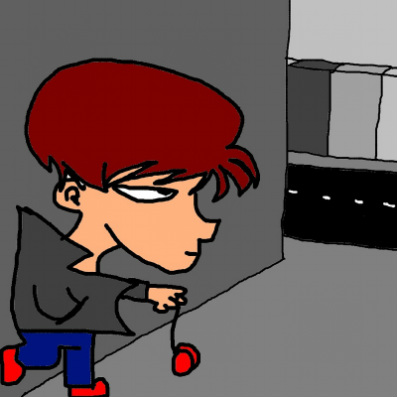 Hey, look who learned how to use some fancy schmansy effects! And the art's decent! Surely this has made your day! 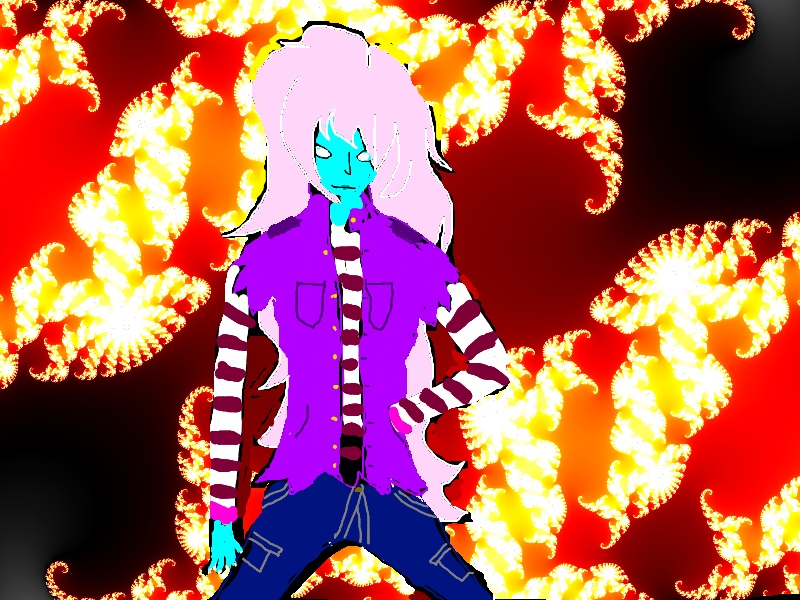 Who's a good little Yoshi impersonator? 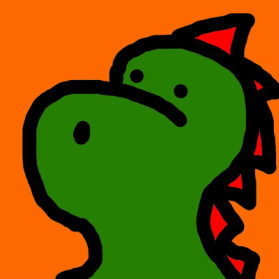 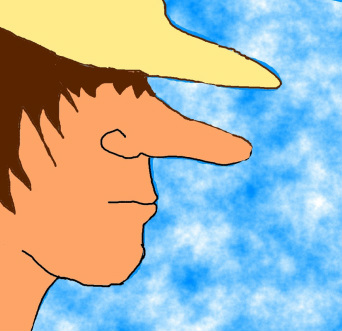 Don't let this so-called "magician" near your kids. 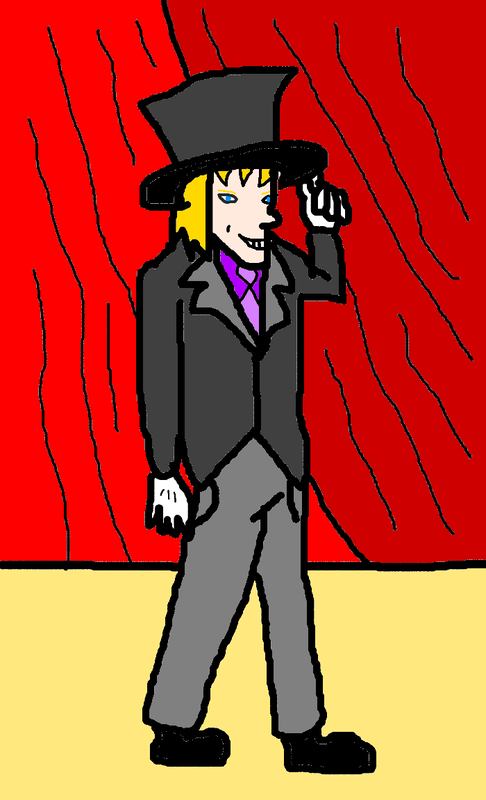 Some Guy You Probably Have Never Heard Of...

No idea who the crap this guy is. But really, who cares, right? Look at him. He's got no sense of fashion whatsoever. What's he going for? The Robin Hood look? The                 Legolas look? Who knows? I bet he spends all his time fighting some kinda giant pig or something... what a weird little manchild. 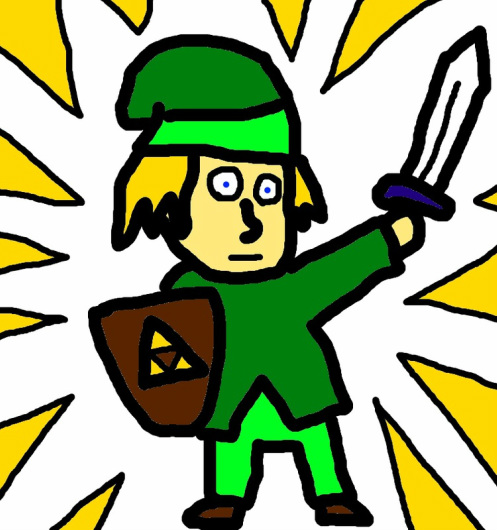 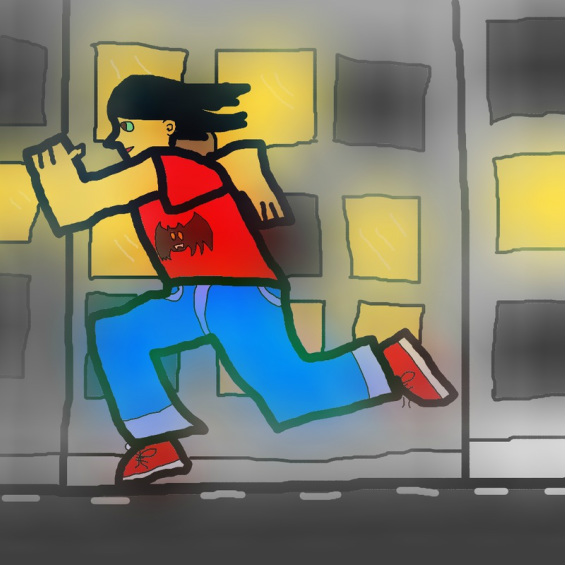 Yeah, running... I think people still do that, right?

I finally got the good Paint, Paint.net, rather than my really old, lame MS Paint I've been using. The improvement is drastic, and this only took me 1.5 hours! 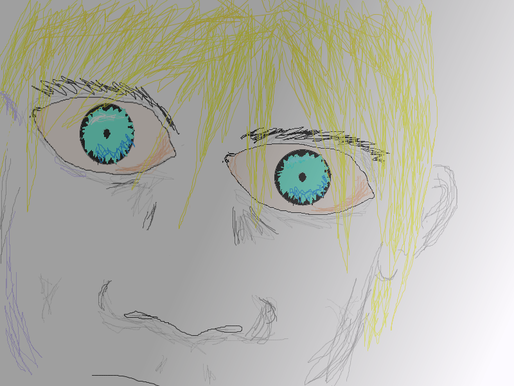 I realize this is probably the last thing you want to see. Well... I don't care! I'm putting it up anyways! Now you'll have this horrible image burned into your retina!
MWAHAHAHAHAHAH!!!! *cough* *sputter* URGH! THE PAIN!! *keels over* GUH! *dies*
Seriously though, kids. Winners don't do drugs. 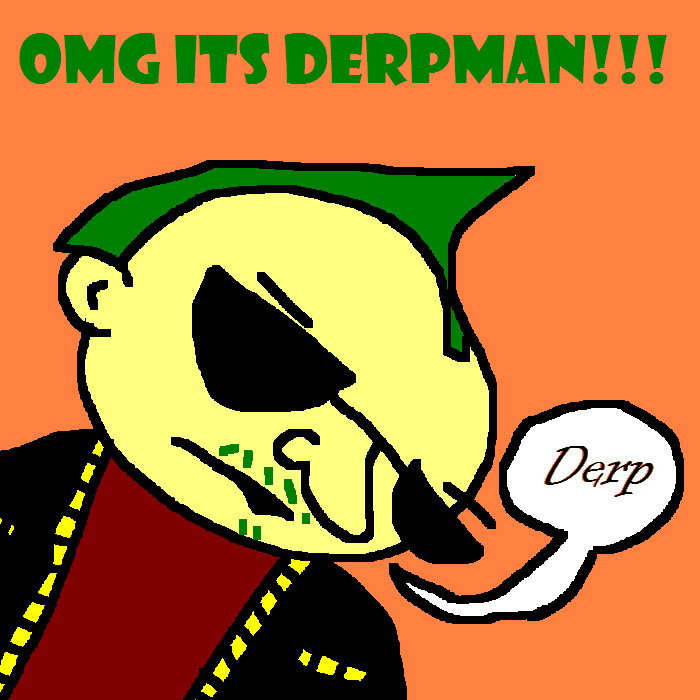 Two Angles on Giberion Maelstrum, Protagonist of the Kinfolk series

Erm, yes, apparently you're gonna' get some Kinfolk-related stuff here. This Giberion Maelstrum, a one-eighth vampire and general European immigrant with a pension for the overlooked intricacies of life. He plays quite possibly the largest role in the Kinfolk series, and is the hardest character to draw, as his distinctive appearance requires just the right touch of details to achieve. As for the progress of the Kinfolk series itself, I have the cover and first page completed but still need a Weebly Pro account to upload something with that many pixels! However, I also have at least a dozen or so Kinfolk related drawings, as well as various other little portraits that could find there way on this site in upcoming months, so stay tuned! 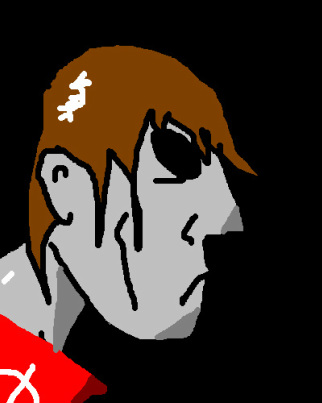 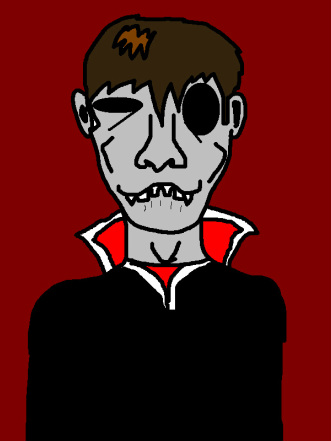 This is a character I've had in the back of my mind for a while, and also coincidentally one I've drawn. I doubt that anyone gives a crap about this, which is why I added the nifty border to make it a little more exciting! Be happy now! He's actually someone I've considered using in the Kinfolk series as a character called Mammon (which might be his real name, but MacFeegles a placeholder for now). If you have no idea what I'm talking about... well, hopefully I can put Kinfolk up here once I get a Membership and become able to post things of more than 5 Kilobytes... until then, you just need to know that its a grim humor, twisted kind of comic with some of my best (but not neccesarily prettiest) art. 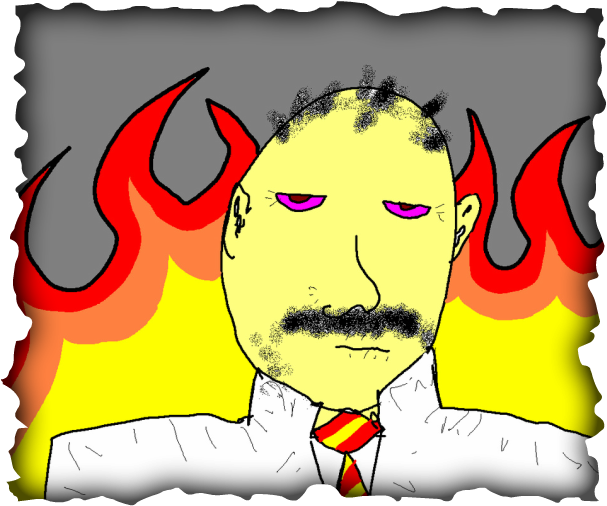